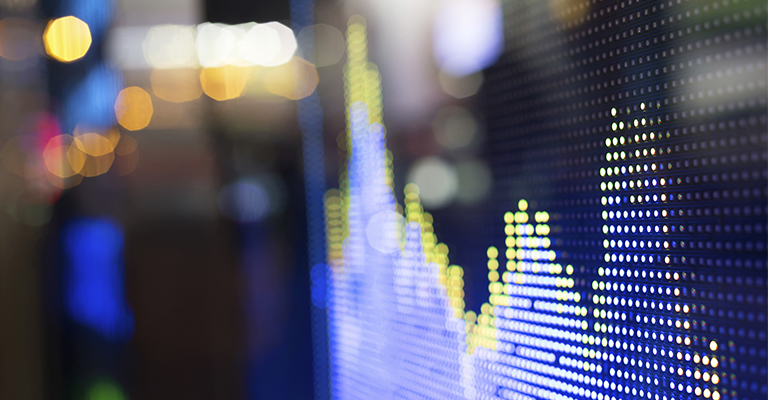 As financial markets have rapidly rebounded following the Q1 2020 tumble, a handful of large consumer technology companies have powered the recent market gains and driven familiar indexes such as the S&P 500® to new highs. For investors in diversified portfolios, that narrow performance leadership has caused some investors to question their portfolio's performance relative to "the market."

It's important to understand that the S&P 500 measures a single market segment, U.S. large company stocks, and only a portion of even that market segment. The actual "market" includes many other equity market segments, such as small cap stocks and international stocks, as well as other asset classes such as bonds, commodities and cash. Investing in a diversified portfolio across asset classes is among the keys to long-term investment success and is designed to provide the return potential needed to achieve your financial goals while also helping to moderate the ups and downs over time so you can sleep at night.

Much ink has been spilled over how companies such as Facebook, Apple, Netflix, Microsoft, Amazon and Google have skyrocketed since the March 23 market bottom. These stocks are often referred to as the "FANG" stocks, or the "FANMAGs" to include all six. These six stocks alone have accounted for more than 30% of the gains of the S&P 500 from March 23 through the end of August.

Over the YTD period, the FANMAG stocks saw an average gain of approximately 49%, as shown in Figure 1. Other than Netflix, these are also the five largest companies in the S&P 500, so they have significant influence in moving the index higher or lower. By contrast, the smallest 400 stocks in the index saw an average return of -11% over the same period. And more than half of the companies in the S&P 500 were still in negative territory YTD as of the end of August, underscoring how the largest stocks have driven the index.

Figure 1: The FANMAGs have surged while many companies remain in the red YTD

Furthermore, over the three-year period through August, the FANMAG stocks accounted for approximately half of the S&P 500's return and nearly doubled their size within the index, growing from about 13% of the index in 2017 to approximately 25% of the index by August 2020. Apple alone has seen its market capitalization double in just two years from $1 trillion to more than $2 trillion and is now larger than the entire Energy sector within the index. The FANMAGs, and other tech companies, have benefited from their ability to operate in the current economic environment, and most of them continue to have strong revenue and earnings. However, valuations have risen significantly, future growth has been pulled forward and might be lower in future periods, and antitrust scrutiny has increased.

Investors should recognize that this type of narrow market leadership has proved unsustainable historically. There have been some signs in recent months that equity market participation was broadening across other market segments. However, with performance leadership so narrowly concentrated in so few companies, there is risk that a correction in these stocks due to an earnings miss, high valuations, or some other catalyst could have a significant effect on index returns and overall portfolio performance.

It's also important to note that the broader global equity market has not kept up as the FANMAG stocks have pushed the S&P 500 higher. For example, U.S. small cap and international stocks remained in negative territory (each down about -5% YTD) as of the end of August, as shown in Figure 2. As a result, diversified investment portfolios that include asset classes beyond U.S. large cap stocks would not be expected to keep up with a market index such as the S&P 500, which only measures the U.S. large cap market segment.

The narrow market leadership of the FANMAG stocks doesn't mean that they should be avoided. In fact, the U.S. large cap stock exchange-traded funds (ETFs) used in Schwab Intelligent Portfolios® invest in these companies. However, Schwab Intelligent Portfolios avoids the risks of overconcentration in a small number of stocks by diversifying across multiple stock market segments, as well as bonds, commodities and cash. Any single portfolio can include up to 20 individual asset classes, with the combination of those investments determined by your goals and risk profile across the spectrum from conservative to aggressive growth.

While diversified portfolios might not keep up with the single best-performing asset class in the short term, the importance of staying diversified cannot be overstated. When it comes to investing, it's critical to consider not only the return potential of investments but also their risk characteristics to help ensure that you can stick with your plan over time as markets inevitably encounter periods of turbulence.

A portfolio highly concentrated in U.S. large cap stocks, particularly the FANMAGs, might keep up with the S&P 500 in the short-term. However, history has shown that market leadership shifts over time, and reversals can occur very rapidly at times. For example, stock asset classes were at the bottom of the performance rankings during Q1 2020 as the markets plunged, while Treasury bonds were at the top of the rankings. Conversely, during Q2 2020, the stock asset classes jumped to the top of the performance rankings, while Treasury bonds shifted to the bottom.

Market leadership tends to cycle across different asset classes and geographies over time, so diversification helps avoid being overly concentrated in a single asset class or market segment that might be doing well currently but might do poorly in a subsequent period. Taking a diversified approach helps ensure that your portfolio has exposure to some of the top performers while not being overly concentrated in the bottom performers as different asset classes constantly move up and down the performance rankings.

One only needs to look to the late-1990s technology boom and bust for a reminder of the potential risks of chasing performance and becoming overly concentrated in the hottest stocks of the moment. As in the recent period, stock market performance leadership narrowed in the late-1990s as investors piled into the hottest tech stocks of the time, pushing those stocks seemingly ever higher. Many investors ignored stock valuations as increasingly strained justifications were made for those sky-high valuations.

That narrow market leadership drove the S&P 500 to exceptionally strong gains of more than 18% per year over the decade of the 1990s, as shown in Figure 4. However, trees don't grow to the sky, as the saying goes. The boom proved unsustainable, and stocks fell back to earth. Many of the highest-flying dot-coms went bankrupt, while many other companies stagnated for years. In fact, the decade of the 2000s became known as the "Lost Decade" because the annualized return of the S&P 500 was less than zero for 10 years.

While the future remains uncertain and there are many differences between the late-1990s and the current period, the next decade might look very different from the most recent years. To quote another idiom: History might not repeat itself, but it does sometimes rhyme. The FANMAG stocks might continue to deliver strong returns, and if so your portfolio is positioned to benefit from holding those companies in the US large cap stock ETF. However, remember why you invested in a diversified portfolio to begin with. Investors sometimes chase short-term performance and end up taking far more risk in their portfolio than necessary to have strong potential to achieve their financial goals.

Conservative and Moderate portfolios would not be expected to keep up with an index such as the S&P 500 when stocks are rallying strongly, but they would also not be expected to decline as much as the index when stocks are falling. And even Aggressive Growth portfolios are designed to benefit over the long run from diversification beyond just the S&P 500. Rather than focusing on short-term market performance, stay focused on your longer-term goals and the long-term risk-return profile of your portfolio. Ignoring short-term market noise, both to the upside and the downside, is another of the keys to long-term investment success.